2012: A Peak Year For Northern Lights

Home/2012: A Peak Year For Northern Lights
Previous Next

2012: A Peak Year For Northern Lights 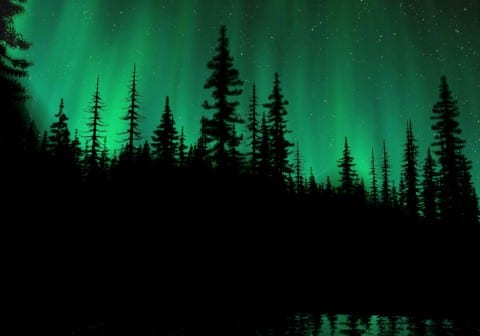 It is nature’s most mesmerizing lights show and it’s about to get a whole lot better.

The solar cycle takes an average of around 11 years to go from one solar maximum to the next – varying between 9 to 14 years for any given solar cycle.  The last Solar Maximum was in 2000 and NASA scientists have predicted that the next one in 2012 will be the greatest since 1958, where the aurora stunned the people of Mexico by making an appearance on three occasions.

Scientists have stated that this year the “Northern” lights should at least be visible as far south as Rome.

This summer, if you catch the moment the Sun is spewing out solar storms directly at the earth, you will be truly awestruck.  It will be like nothing you’ve ever seen before.  The brightness of the aurora depends on the activity of the sun, which bombards the Earth’s with charged particles known as the solar wind.

Experts predict the northern lights will shine at the brightest levels seen for 50 years in 2012.  Since 2007 the aurora borealis has been growing in intensity and will peak during this year and next, according to NASA scientists.